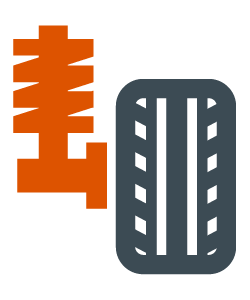 Car dents vary in size and shape depending on the impact. Additionally, the strength of the car body will determine the nature of the dents. Dents tarnish the appearance of your vehicle and make it look much older. Each type of dent requires specialized auto dent repair services. Therefore, knowing car dent types is crucial in helping you find appropriate help. Read on to learn various kinds of car dents.

These dents occur when a moving car collides with another one or hits something. Typically, they are huge and affect the shape, movement, and functioning of the vehicle. For instance, a dent that affects the door lock can tamper with the door's operations.

Additionally, the damage might be unrecoverable if your car was moving at a very high speed during the collision. However, an experienced auto dent removal service can restore the vehicle body even if the dents look irreparable.

In most cases, extreme dents cannot be repaired by using just fillers and paints. Instead, auto dent repair experts use special tools and equipment to restore the normal functioning, shape, and appearance of affected parts. In addition to ensuring the exterior body is straightened, sometimes the dented components need to be replaced.

These dents occur when a car grinds against a tree, another vehicle, a bicycle, or other objects. They are mainly formed at the side of the car when moving. The dent is characterized by a straight line. Creased dents mainly occur when a driver isn't very attentive when driving.

In creased dents, paint chips off from the affected area. The dents might also end up stretching the vehicle's metal. An auto dent repair specialist removes them by carefully pushing up the dent. Sometimes the dented panel must be removed if it is not possible to reach the dent.

As the name suggests, these dents are round in shape and signify an impact caused by a round object like a ball or hail. They can occur anywhere on the car body, including the door, bumper, or roof.

Dings are considered serious for official cars, although the damage mainly involves a scratch, chip, or crack in the paint. They are easy to repair. However, they can extend further into the body, especially if the impact was hard and the vehicle was moving on a windy day. In that case, they will need special skills and tools to repair.

Professional auto dent repair services use paintless dent removal techniques to remove the dents mechanically. They then give the car a factory finish to restore the original look and appearance of the vehicle.